The Body of Law

Back in 2016 I attended Isobel’s superb exhibition, The Body of Law, held at Senate House in London, as part of the Institute of Advanced Legal Studies’ public engagement programme that explores and promotes the humanity of law. 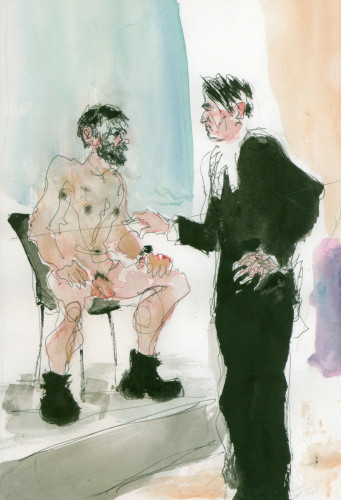 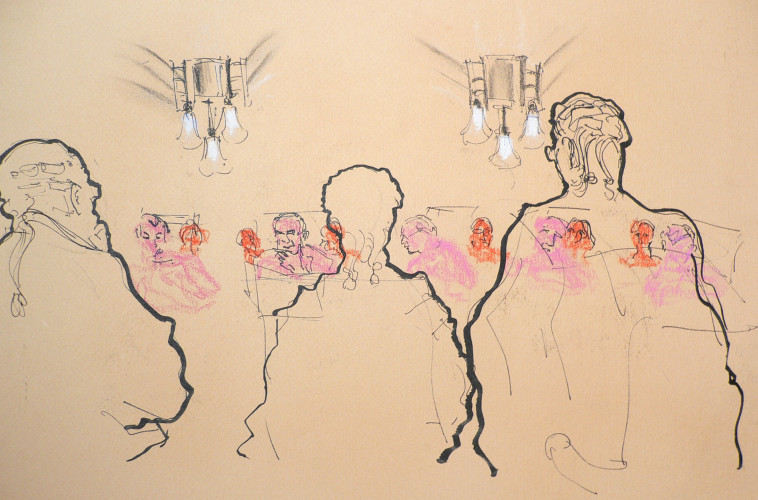 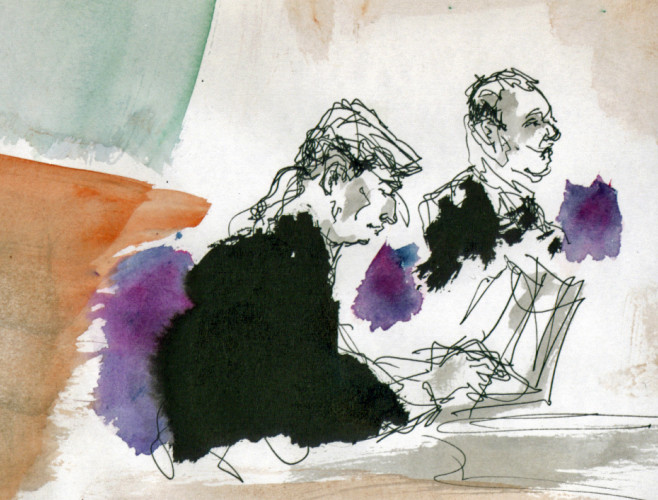 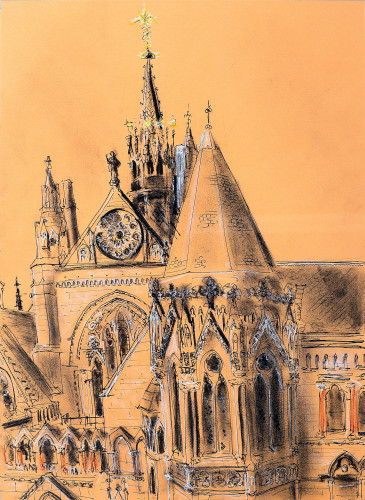 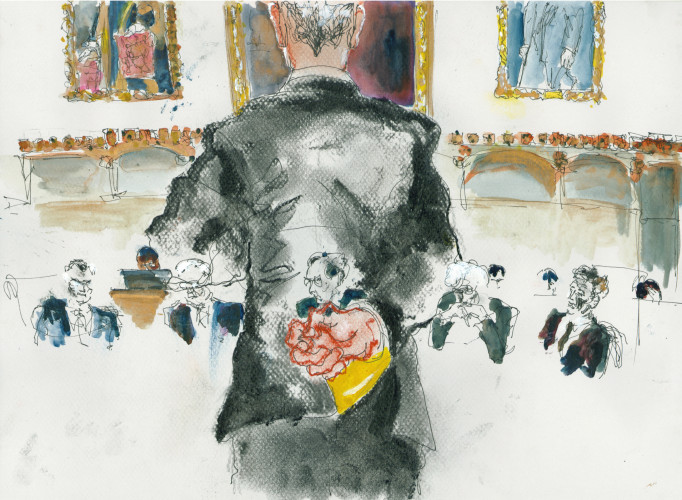 It was fascinating to see the results of her painting in the context of the UK’s courts, particularly that of the Supreme Court. A court where she needed to be given permission to sketch. You can view a number of reviews of this exhibition online, including these two: The Body of Law: a public exhibition in Senate House and ICLR Weekly Notes: The Body of Law.

The Supreme Court opened in October 2009 at the former Middlesex Guildhall on Parliament Square and was designed as a building which would embody the idea of transparency and open justice; Lord Bingham of Cornhill said at the time:

“The creation of a Supreme Court is driven by the need for transparency and clarity in our constitutional arrangements. Its setting should reflect the public right to come and see an institution which belongs to them, in action”.

Indeed, the court has both a video livestream and an archive of hearings and judgments for those wanting to view appeals without attending court.

Here’s what Isobel has to say about her work in the courtroom, for those of you wanting to see more of her work: her blog, Drawing from an uncomfortable position, is packed with both drawn and written elements. As she says, ‘Don’t expect a law report – plenty of opinionated professionals train their telescopes on this court’s doings.’

In the artist's words

As a non-aligned tax-payer, I observe the coded courtroom theatre, relating the issues to personal experience when possible. I don’t put a formal gloss on things. Instead I can look for human details such as a QC trying to conceal his stress from the bench by rapidly clenching and unclenching his hand behind his back.

You won’t find official courtroom artists here at the Supreme Court because the filming makes them irrelevant; theirs is the hellish task of composing slick scenes in the lower courts from memory because, despite growing calls for transparency, it is still illegal to sketch inside those courts and their ill-defined precincts. While it is right to leave vulnerable people and juries out of the picture, such deliberate mystique does not help when Divisional Court judges are branded ‘enemies of the people’.

I have made brief forays to courts in France and Norway, where the attitude to drawing is more relaxed. In Winchester Crown Court I observed the Naked Rambler (R v Gough), not strictly as described as he wore hiking boots and a wristwatch in the dock: I could not live-draw there without breaking the law so I tackled memory-drawing on the train home.

These are examples of some of my work at the Supreme Court but you can see others in the information about my 2016 exhibition 'The Body of Law'.

My first rule is "do no harm". In an historic building with strict rules and a beautiful carpet designed by Sir Peter Blake, I use safe mixed media – I can’t risk ink spills or charcoal dust-storms, while dragging chalk across rough paper can make quite a racket in a hushed courtroom. I use paper no wider than the seat.

The three courtrooms in the Supreme Court are flat spaces – no one is raised above anyone else. This goes with the lack of pomp and paraphernalia – the advocates are hardly ever robed and the Justices reserve their gowns for ceremonial occasions – but it means the sightlines are rubbish, especially for short people like me. I draw whatever I can see and sometimes render the people who are in the way transparent in order to show more of the vista.

In 2014, a judge in Northern Ireland ordered a teenager who'd been bailed on charges relating to public order offences to draw him in court. Apparently the youth liked art.

This order was later withdrawn (possibly because drawing in that court is illegal), but what disturbed me most was the judge's rider about behaviour while sketching: 'If you look stoned, you will be arrested and remanded in immediate custody.'

When I am drawing, I must look stoned out of my mind. This is due to varifocals, concentration, lack of inspiration, the voices in my head, fear of committing a public order offence, and fantasies about cake. Certain learned counsel have a mild hallucinatory effect as well.

Have you noticed how the flowers on the carpet keep moving around? It was designed by the pop artist Sir Peter Blake, who also designed the Sgt Pepper album cover. Did you know that if you stare long enough at the Supreme Court carpet it spells out 'Paul McCartney is dead'? That will be understood by my older reader. 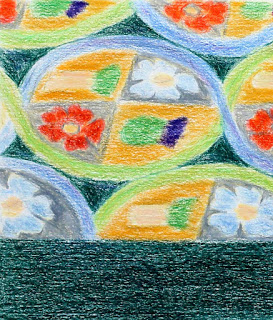 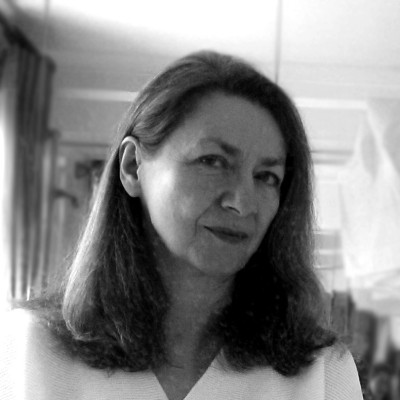 Artist & Blogger
An experienced artist with a unique perspective, Isobel's natural habitat is live-drawing in courts and clubs.
isobelwilliams.org.uk