A colourful illustration of the basic differences between studying for school and university, made with ready-to-hand tools. 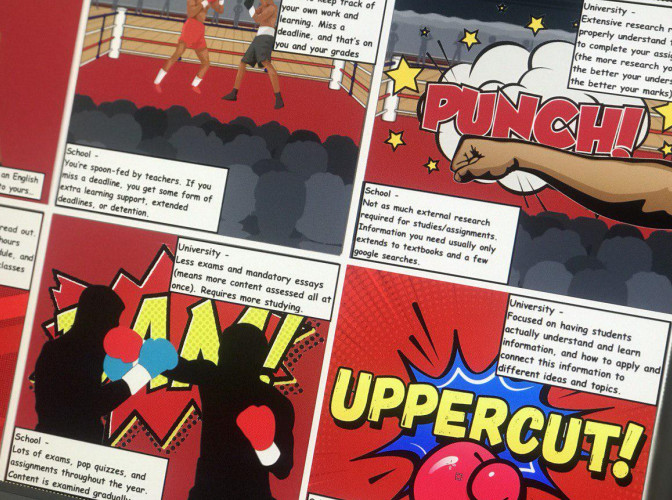 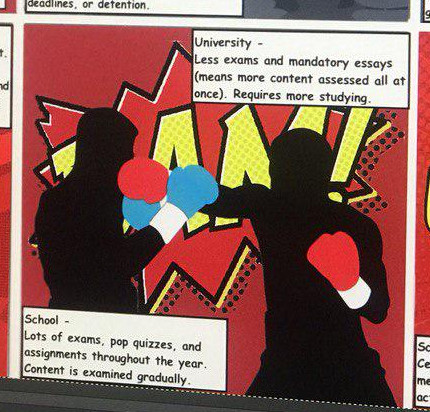 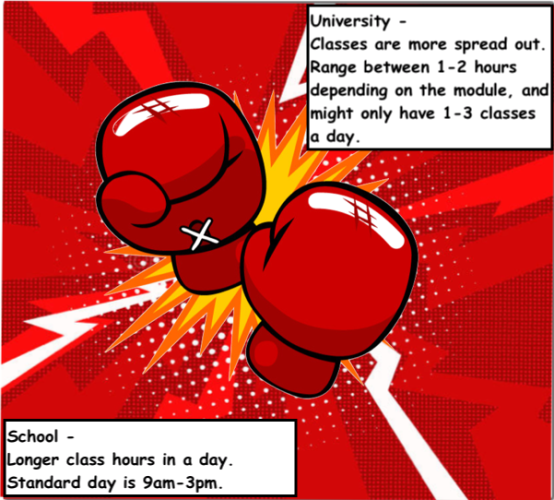 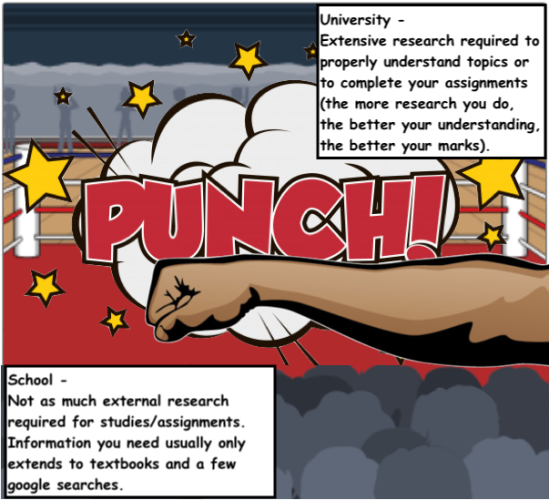 In my last few years of school when considering universities to apply for, I had to research a little to understand how the institutions are different from school. The resources that made this most easy to understand were the short visuals, rather than the text-based articles. This is why I decided to design a short comic strip showcasing the differences based on my experiences.

I wanted a catchy and interesting way of getting my points across and hopefully helping those who need to understand the basic differences between being a student at school/college and being one at university. The aim was to create something with visual impact with the tools to hand, without needing to be able to illustrate it myself.

I started off by listing out all the comparisons between school and university in a Word document.

I then used a website called Pixton for the initial template of the comic & the boxing background. When I realised their image options were limited, and uploading your own images meant having to pay, I saved what I had and continued on the 'Preview' application on my laptop.

Afterwards, I looked for clipart images on google for the characters, boxing gloves, comic book 'fighting' effects, etc. I removed the white borders in the photos using the crop tool on Preview.

Finally, I added the text boxes and text on Preview, and used the comic sans font (only time I'd ever use that font), and sent in what I had. 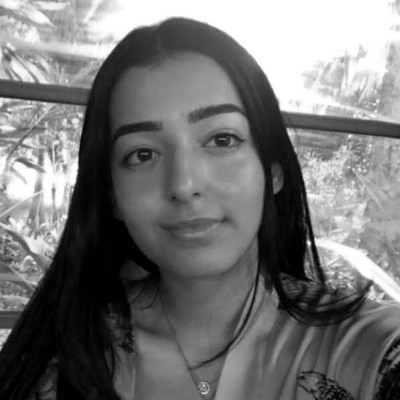 Student
Sarah is an LLB student with a passion for reading and history. She is always looking to help people whenever she can.
LinkedIn