This illustrated interactive map is a representation of metaphors and mental models grown out of Clare Williams's journey to complete her PhD against great odds.

You can download and create your own map using these materials at the bottom of this page.

The way we think about our own actions – the mental models and metaphors we use – are crucial to the success of any project. Starting in 2011, I spent a little over 8 years completing a PhD. The journey was not only long, but fragmented and interrupted by frequent hospital admissions and ill health. Learning how to conceptualise my journey helped me to positively frame my own experiences whilst crafting a narrative that maintained my focus on the end goal; finishing the PhD.

This project is a visual representation of my own metaphors and mental models. All research-related journeys have bumps in the road, and whether these are for health-related reasons, caring responsibilities, financial or visa concerns, or because of the occasional global pandemic, the impact is the same. Periods of stress, upheaval and self-doubt are inevitable, and having supportive metaphors and mental models can help us face difficulties while remaining focused.

For me, working with unhelpful mental models contributed to stress. Before developing the metaphorical mountain range, I had been approaching my studies like a game of "snakes and ladders". I was working as hard as I could to keep up with my peers, despite managing several long-standing health problems. But every time I had a flare up or spent time in hospital, I rationalised this as landing on a snake that sent me sliding straight back to square one. I was stuck, or even regressing, while everyone else was surging ahead. Unsurprisingly, this metaphor made any health crisis even more stressful than it need be. My natural instincts were to race to catch up as soon as I was able, often pushing myself so hard that I triggered another flare up - landing on another snake and sliding backwards again. And so the cycle continued.

The imaginary landscape came to offer a kinder, gentler, and more realistic alternative where completing the PhD was symbolised by reaching the summit. As a metaphor, this had the scope to flex and grow with my own personal circumstances, giving me a space to ground my experience, contextualise it, and keep events in perspective. What's more, having the metaphorical mountain constantly "in sight" meant that, even in a crisis, my goal remained on my metaphorical horizon, even if events meant that it had been eclipsed in real life.

At times I would need to take shelter and rest while a storm passed over, or when there was an avalanche. Tricky terrain made for slow progress, and there were swamps, bogs, and sheer cliff faces along the way, reflecting health crises, bereavements and other life events that threatened to derail my progress. And, of course, there were the obligatory frustrations and exasperation with the research itself, reflected in dead ends, wrong turns, and loose rock faces.

But amidst the difficulties, there were also magnificent views, patches of glorious sunshine and enriching chance encounters along the way, mirroring my progress with the research. When any serious life event occurred, I would return to the question of where I was in the landscape, and what was going on. Usually, it was clear to me: a precipitous ledge, a rocky outcrop in a storm, or in a gently undulating field admiring the view.

I was able to step back from the "all or nothing" notion of what I thought progress looked like.

Gradually, a metaphorical landscape and language emerged that allowed me to picture my journey visually in a more progressive, positive vision. More importantly though, by using the metaphor of a journey through a landscape, I was able to step back from the "all or nothing" notion of what I thought progress looked like. When I was forced to take a break, I was not sliding back to square one. Instead, I was putting up a tent and lighting a campfire to rest in the landscape, taking in the view.

Creative process and thanks

I developed the paintings and map using the ProCreate app on an iPad Air 3 with a first generation Apple pencil, mainly with stock brush and canvas settings. Some of the images were then compiled on a PC using GNU Image Manipulation Program (GIMP) software, before being handed to Howard Richardson where the magic of hotspots and interactive web design happened.

Additional credits must also go to the wonderful musician Jesse Gallagher whose royalty-free music track Spirit of Fire (from the Youtube library) we used as the perfect atmospheric backdrop.

To bring the text to life we also had the talented voiceover artist Tegan Harris narrate each story slide. She really brought a dramatic dimension to the telling of the story, and I'm grateful for her dedicated work.

Huge thanks are due to Emily Allbon for suggesting the project and giving me the space and encouragement to give it a go, and to Howard Richardson for creating such a beautiful interface. Thanks is also due to both for their patience and forbearance with me.

Finally, I owe a debt of gratitude to Amanda Perry-Kessaris, Diamond Ashiagbor, and Jacqui Lichtenstern, both for climbing the mountain with me, and for reminding me to turn around occasionally and enjoy the view.

Resources for making your own map

With a mind to enabling anyone to put together their own visual metaphorical map, I've added some of the graphical resources together with instructions into one PowerPoint presentation. This way you can download this file and play with the different map elements yourself. I'd love to hear from anyone who finds this resource useful. You can find me on Twitter at @_clare_williams 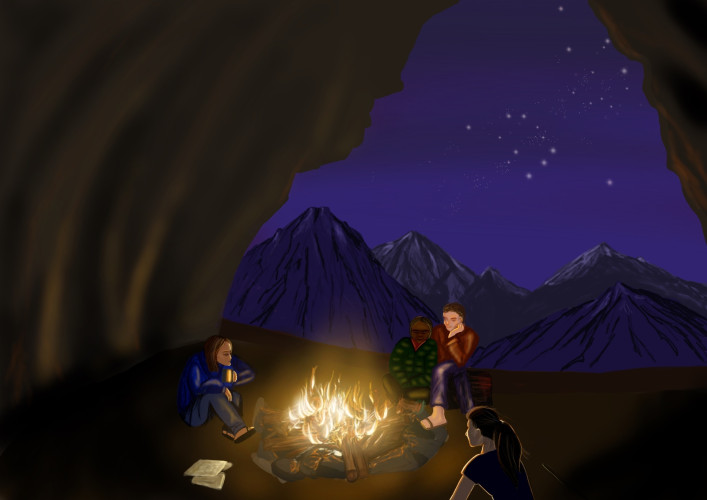 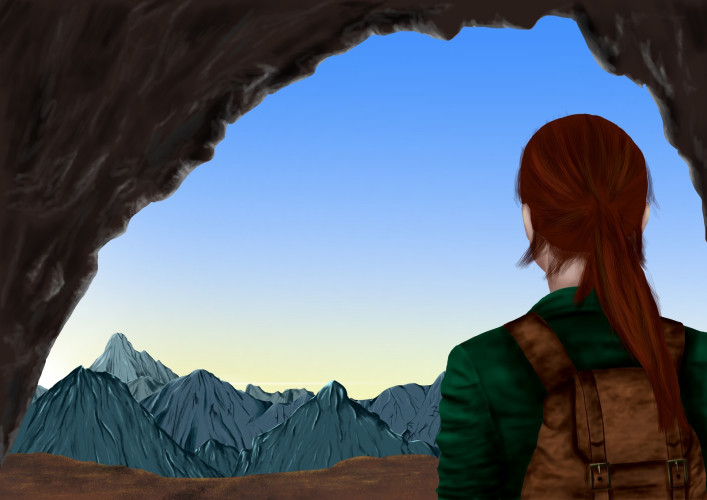 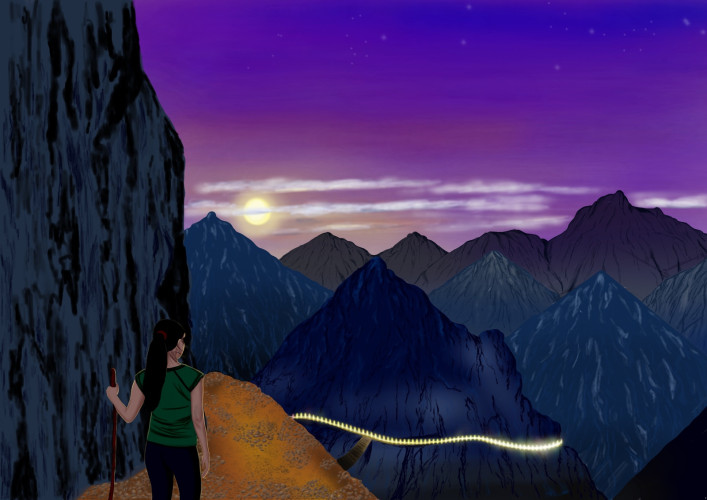 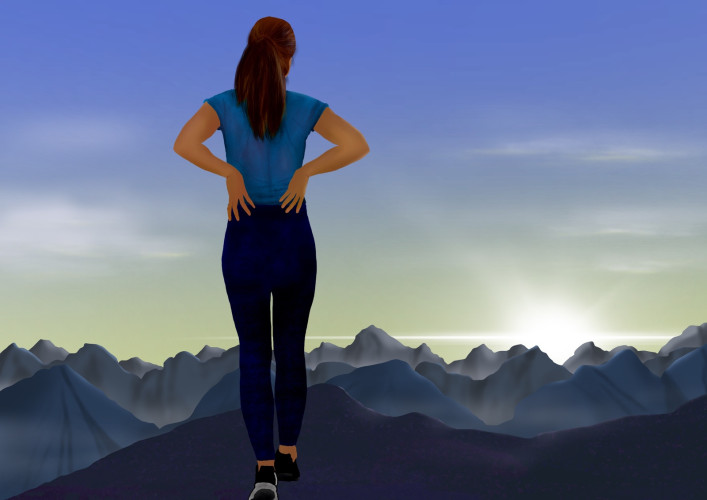 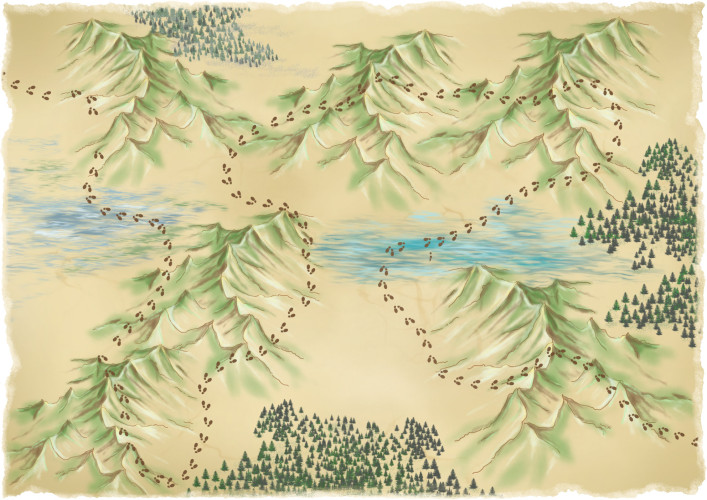 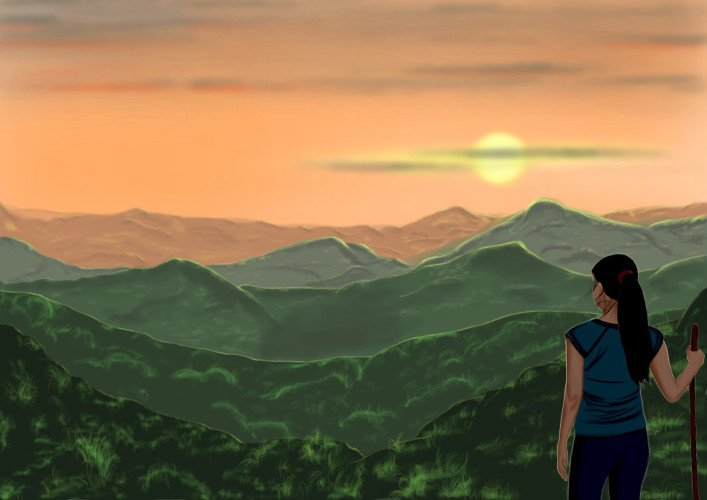