A symbolic representation of the absolute rights which aim to protect the human being against deprivation of life and ensure the protection of their dignity and liberty.

The painting is a symbolic representation of the absolute rights which aim to protect the human being against deprivation of life and ensure the protection of their dignity and liberty. It reflects the absolute rights of every human being residing in the United Kingdom regardless of citizenship or immigration status, under the Human Rights Act 1998. Nkiru has represented three of these rights within her painting.

Absolute rights refer to those human rights which are firmly protected by the law and can never be derogated from under any circumstances. They include: Right to life (Article 2), Right to freedom from torture, inhuman or degrading treatment (Article 3), Right to freedom from Slavery and Forced Labour (Article 4), and Right to a Fair Trial (Article 6). However only the first three rights are represented in the painting.

Article Two prohibits the intentional deprivation of another’s life except in the execution of a sentence of court for which the death penalty is provided by law or where such death results from the use of necessary force in self-defence, to effect a lawful arrest, prevent escape of a person lawful detained or quell a riot or insurrection. The death penalty has however been totally abolished in the UK (13th Protocol Article 1).

Article Three is intended to attach a special stigma to deliberate inhuman treatment which causes very serious and cruel suffering. The Courts have recognised beating as a form of torture (Aydin v Turkey [1997] 25 EHRR). There is no doubt some overlap between the Article two and three and both articles impose a positive obligation on the state to pre-empt if not prevent torture or inhuman treatment.

The Court in Soering v UK [1989] 11 EHRR 439 ruled that the act of repatriating a Claimant in the UK’s custody to Virginia to remain on the death row for years was a violation of Article three. Relevance was placed on the fact that individuals condemned to the death row were consigned to linger for years on death row and often developed a debilitating psychological condition.

The question of whether an unborn child has the right to life has been a topic of much debate. Although the foetus (at least 8 weeks old) is recognised to have interests in law, it is not considered as a person and thus is not protected by the absolute right to life under the law. Thus, if the interest of the foetus were to conflict with that of its mother, the mother’s rights will take precedence.

Article Four prohibits the detention of a person in slavery or servitude or requiring them to perform forced or compulsory labour. This right is represented by the image of the person caged and bound by chains and the image of hands released from the bonds of slavery. Article four excludes from its application work required to be done in the course of lawful detention, military service exacted in the case of an emergency threatening the life of the community or service which forms part of normal civic obligations.

I began by glazing the surface of the large cardboard with a solvent based adhesive glue to form the base. I used a limited number of colours and partitioning to achieve a simple look. I used the web to source images which I modified to suit the legal concept I sought to convey. The medium used was acrylics on cardboard and techniques used include glazing, colour-blocking and layering.

For those new to painting - start by learning to draw through constant practice, next study colours and finally unleash your creativity and find your unique style! 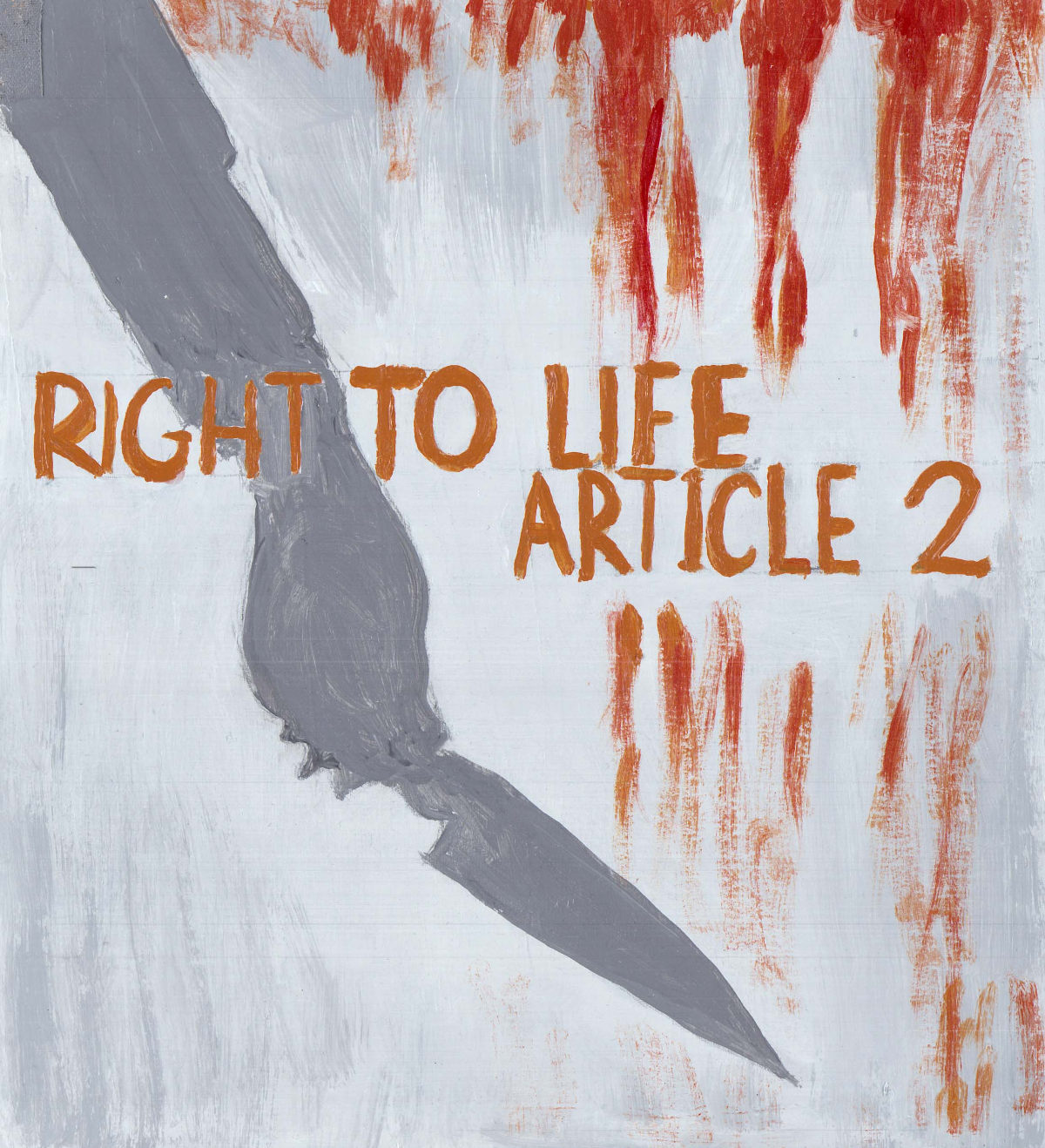 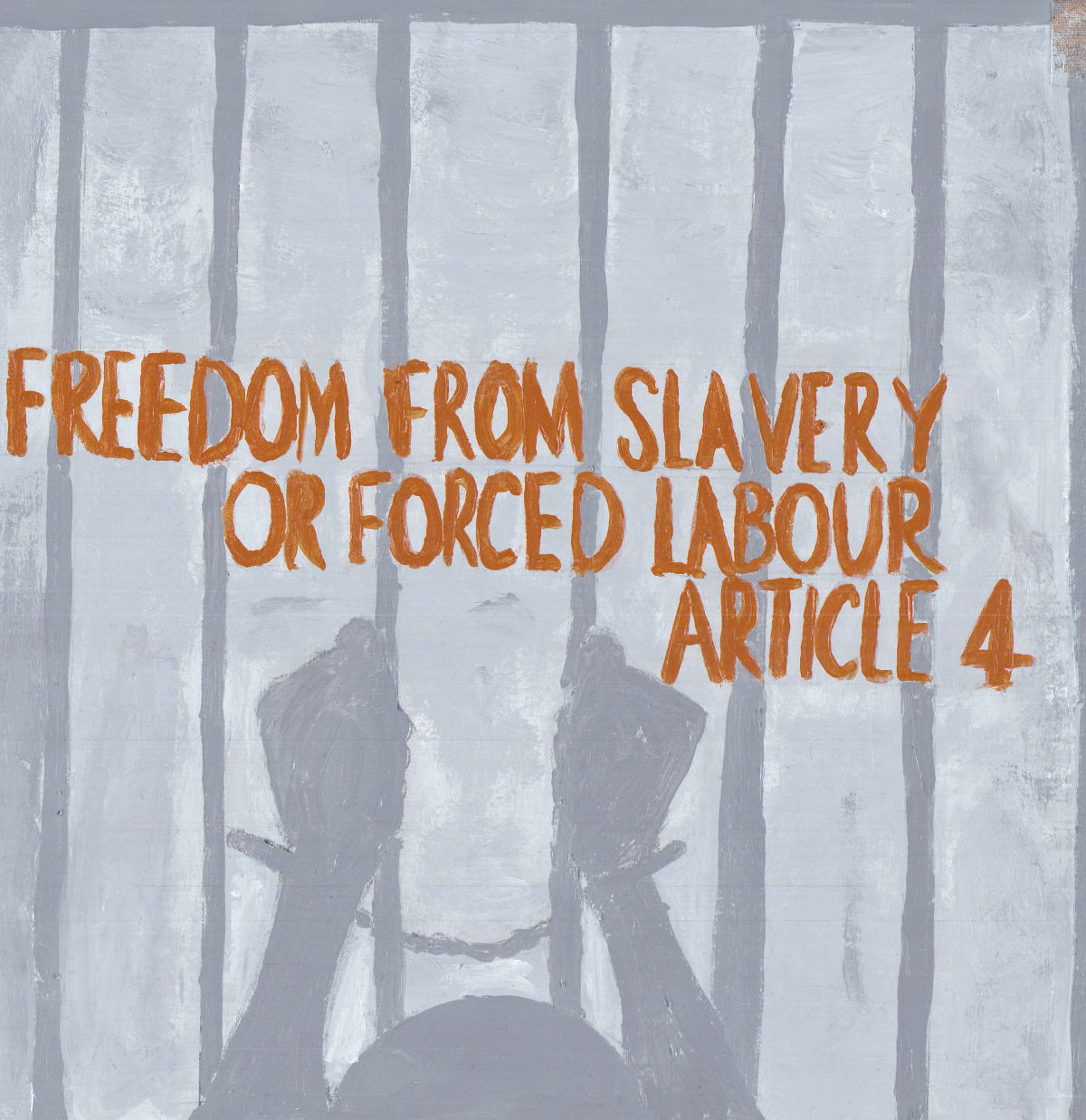 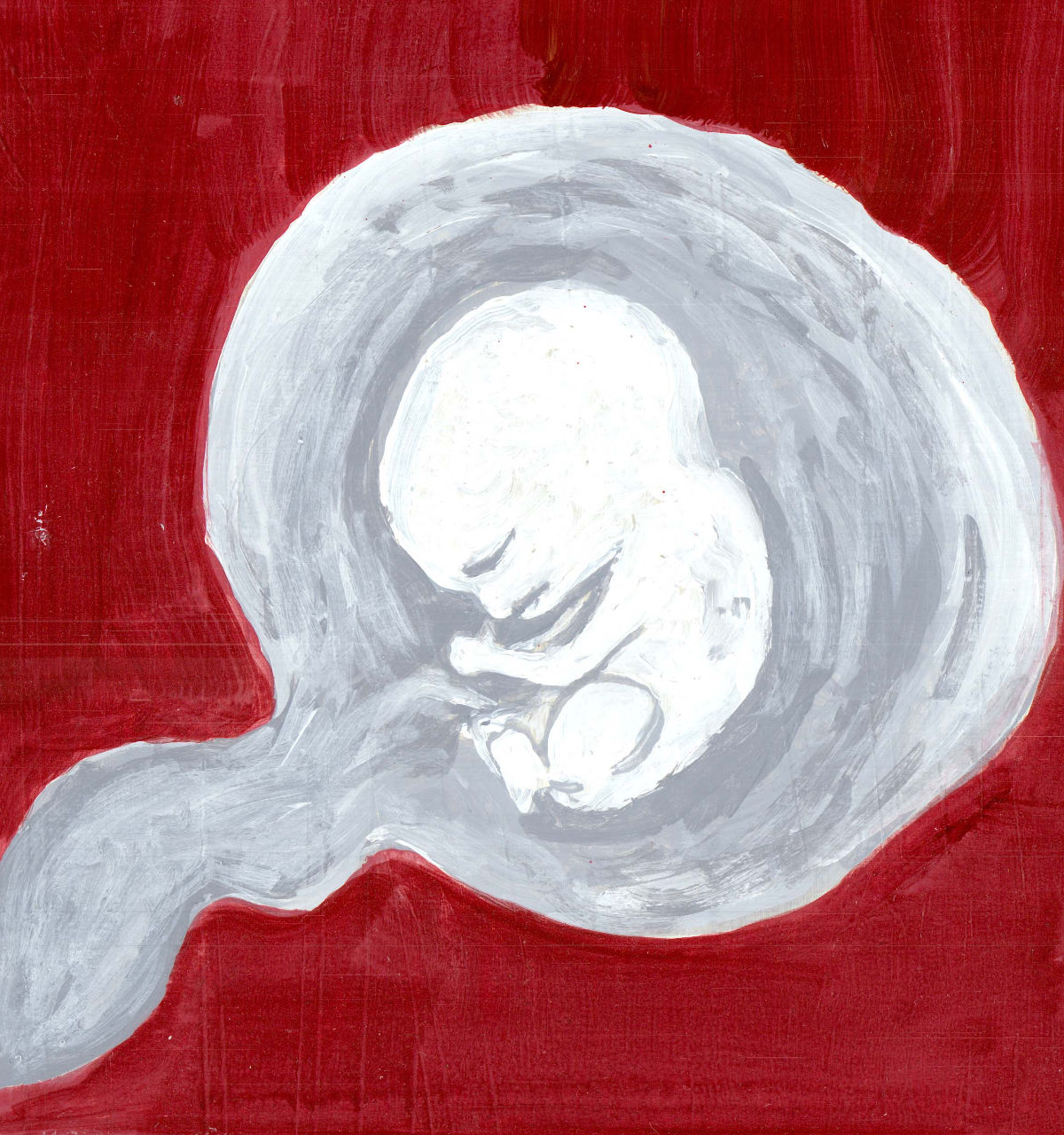 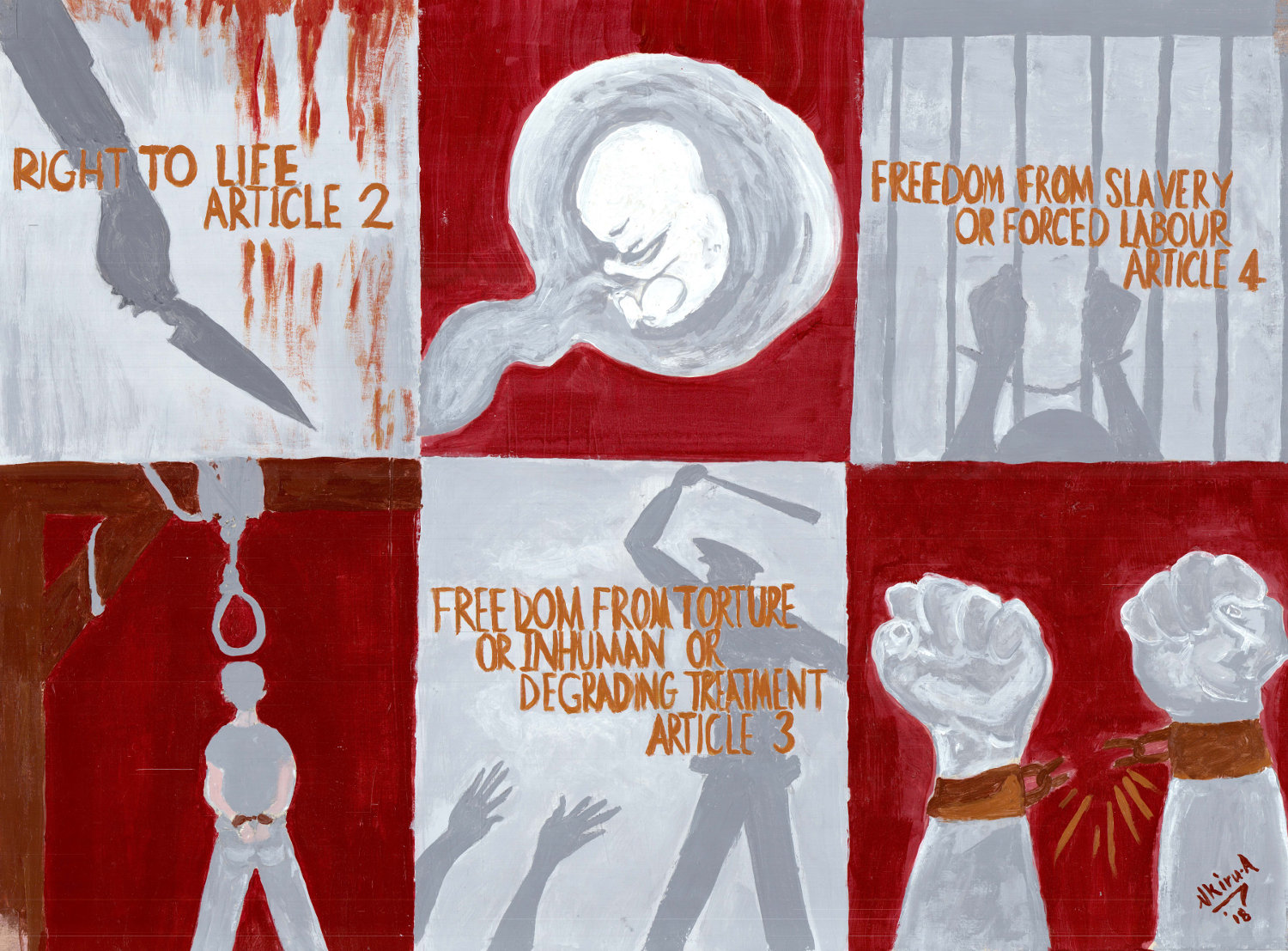 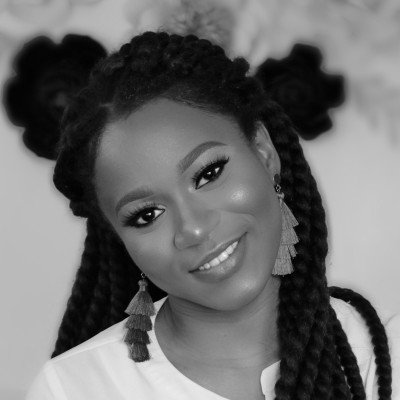 Legal practitioner & artist
Studying an LLM in International Commercial Law at City, Nkiruka's determination is to channel her art towards legal ideas which are beneficial to humanity.